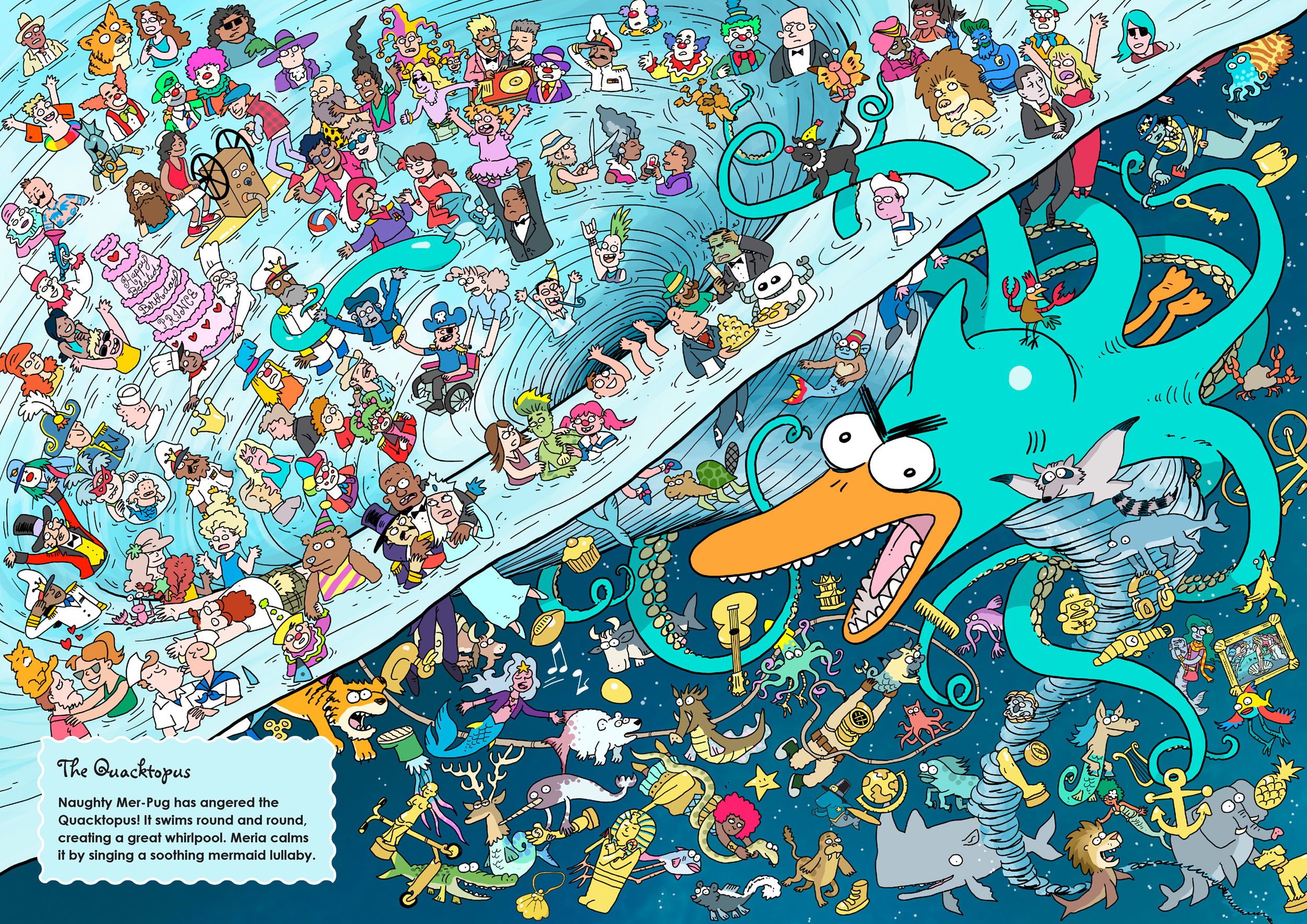 I had a vision that gave me some insight into the shape and nature of the universe, and I wrote this poem about it. I’m not sure what you will think about it, but I find it very helpful. Why is it hidden away here? I don’t know.

At first I thought it was going to be a comic, and you can read the strips I made here. The comic started to veer off in a different direction, which I kind of liked, so I decided to preserve my core conception of the vortex in verse, and let the comic do its own thing. I think its final form lies somewhere between the two, but for now I consider the poem a completed work… unless I one day happen to think of any new verses to add.

The Song of the Vortex.

1. Welcome to the Vortex

Welcome to the Vortex.
It’s kind of like a twister,
And we’re all spinning in it.
Everybody and their sister.

This is not just any old tornado.
It’s the one and only,
And the universe makes it
To keep from getting lonely.

It’s the turning of creation,
From the beginning to the end,
and there’s no getting out of it.
I’m afraid you’re trapped, my friend.

Every little circle,
orb or turning thing,
Is but an aspect of the big one.
There’s nothing but the spin.

Yes, even the tornadoes in stories
Are connected all together.
Invoke it at your risk,
It will change your life forever.

We’re all born into the vortex
And from the moment we arrive
The vortex does it’s best
To stop us being alive.

You can surround yourself with walls,
To get a feeling of security.
But it’s crazy out the window.
And your house is just like Dorothy’s

Nothing is permanent,
The work never ceases.
You try to keep it together.
But the vortex just wants it in pieces.

Yes, you work so hard
To make things happen
And then comes the vortex
And makes them flatten

So, you’re stuck in the vortex?
Well, so are we all.
There’s nothing to do
But get on the ball!

The vortex brings us all kinds of stuff.
Sometimes we can hold on to it,
Maybe even love it for a while.
Then it’s blown to shit.

But cheer up, the vortex ain’t bad.
In fact, it can be kinda fun.
If you’re a fit healthy lad,
Or even a fat lazy bum.

So get in the groove,
Catch on to the tune.
Pull up a chair and put up your feet
It’ll all be over soon.

2. No Standing Still in the Vortex

There’s no standing still in the vortex
Buddah says your house is on fire.
I say we spin in a whirlwind.
And who can call me a liar?

The vortex is constantly spinning.
We’ve got to use our wits to survive.
It’s tearing us apart,
Even as it makes us alive!

The vortex never stands still
If you try staying right where you are,
where you are will become
somewhere else.

We circle around,
and return to old ground
But even when it looks like nothing has changed
things have always been rearranged.

The harder you resist the vortex
The harder it will fight you back.
It’s only when you let go,
That you find yourself on the right tack.

Sometimes it’s scary to jump
But there’s no time for fear in your head.
You see, there’s no standing still in the vortex.
Unless you’re already dead.

Sometimes the vortex ain’t smashing
You concentrate hard,
You play every card,
And fight just to stop yourself crashing.

One day the Vortex hates you,
So much it’s highly obscene.
The next day you find that it loves you,
And life is a lovely dream.

So choose your own adventure.
Take aim at whatever you wish.
You may hit your intended target,
Or end up in bed with the fish.

3. Wishes in the Vortex

Sometimes the vortex brings what you want.
Sometimes not quite yet.
it’s better not to want at all,
And give thanks for what you get.

The more you are one with vortex,
The more you get what you need.
It’s helps to know what you want,
But that can be hard indeed.

Often you get what you want,
then you find it’s torture.
Likewise the thing you feared
Is just what the doctor ordered.

So be careful what you wish for.
And also what you don’t.
Trust the vortex will give you what you need.
Even if it’s not what you want.

4. Opposites in the Vortex

The vortex is full of contradiction.
With your head it’s messing.
A blessing can be a curse,
and a curse can be a blessing.

Look in any direction
Then look in the reverse
Two opposing forces
Create the universe.

This way yin, that way yang.
Eternally in vibration
A smoothly curving sine wave
that arcs throughout creation.

Nothing is ever entirely
one thing or the other.
That explains the eye dots
In each fishy brother.

Opposites pull, in every direction.
Curving like a torus
That is the nature of the vortex.
and how it works for us.

5. The Inescapable Scientific Fact of the Vortex

The spinning of the vortex
Creates us every one.
Not knowing where we come from,
Helps to keep things fun.

The vortex becomes people
And every different thing
Each one slightly different
And highly interesting.

A zillion tiny atoms, that is what we are,
Each a mini vortex, acting like a brick.
Right now they think they’re us,
But that is just a trick.

You see, the vortex makes us.
Why it does, I just don’t know.
Perhaps it got bored with the oneness,
And thought it would put on a show.

We want to know the answer,
But in fact we really don’t.
Because if we ever did,
That would moot the point.

I say the universe got lonely,
Being all there is.
So it creates life
To make a little fizz.

Life grows, creates and builds,
It makes order and a plan.
Opposing the endless chaos
Of the vortex, best it can.

Yes, you are part of the vortex,
Grown within it like a flower.
You are your own tornado
And can command its power.

Making and building and growing
Gives a feeling of elation.
To do it, you must call on the vortex
And the power of creation.

The power of destruction
Is easier and more fun
But that’s just letting the vortex
Do what it wants to be done.

You can control the vortex
If you’re mindful and don’t quit.
You can spin the world,
Or be spun by it.

In your heart and with your mind
You direct your spin
Up or down, Fast or slow
Pretty much anything.

Others will get caught in your orbit,
As you are spun by theirs.
We all want different things
And the world is full of scares.

As you make your own tornados
Both for good and ill.
It’s best to keep them gentle
and subject to your will.

If you find you’re spinning out
Take some time to breathe
Keep the breath your focus.
Positivity, please.

These days we seem to have forgotten,
A simple little thought:
If you can’t say nothing good,
Then you should say aught.

Anger and hate will kill you.
They eat you from inside.
You’ve gotta take a chill pill,
If you’re going to thrive.

Steady your breath.
Don’t hold on to it.
Don’t lose it.
Don’t waste it.

Go with the flow for an easy life.
We all want one thing or another,
But when we push together,
We can accomplish anything, brother.

To turn the world in a different way
Takes courage and determination.
You can start out alone,
but it really takes a nation.

Get others to share your vision
It’s better than toiling away on your own,
Like the dumb cartoonist
Who wrote this stupid poem.

7. Living in the Vortex

The thing about life is to live it,
In the best way that you can.
Each to their own.
Of the quiet life, I am a fan.

The Vortex is vast,
As you will find.
So seek out your spot,
and try to unwind.

The heart of the vortex,
is most exciting and fun.
But I like it out here
By this nice yellow sun.

I don’t mean to give you fits
But, No matter what your thrill,
Die in the vortex, you will,
Smashed into a million bits.

Yes, You die in the vortex, no “might”.
So do you believe in your soul?
Will it be sucked up into light?
Or down into dark, like a troll?

Your atoms will spin off like springs.
Reinventing themselves.
As all sorts of things.
Until the end of time.

So, come on over, my friend,
Snap out of your trance!
Accept that you’re doomed
and join in the dance!

Yes, your greatest of hopes
Depend on those folks
Who care and make you feel good.
So let them give to you and give back to them as you should.

Most people will help you through the vortex,
Aid you finding your flow.
Pshychos will throw you under the bus,
If it gets them where they want to go.

Oh yes, there will always be Psychos.
There’s nothing we can do.
1 person in 100.
And they have equal rights too.

So, you can choose how you move through the vortex;
Alone or with another.
But if you’re only looking out for yourself,
don’t be surprised if you end up stuck.

8. The Power of the Vortex

Can we control the vortex,
Or does it dominate us?
All we have is our will
And the power to instruct.

We altogether are the immortals
We each create the world
We are all caught up in the vortex.
And lightning strikes where it wont.

But dare not command each other
That’s only for lovers of pain,
That is all you’ll find
Whenever you play that game.

So now, you see, my song is done.
It’s gone and had its time.
I hope you’ve learned a thing or two.
This is my final rhyme.

Because nothing lasts long in the vortex
Just moments and meetings
and fleeting occurrence
And almighty devastation.

The above art is something I found online. Below is a design I created, to expand on the idea. Available in my Redbubble store here: https://mrchuckles.redbubble.com/works/27572436-what-shape-is-our-universe 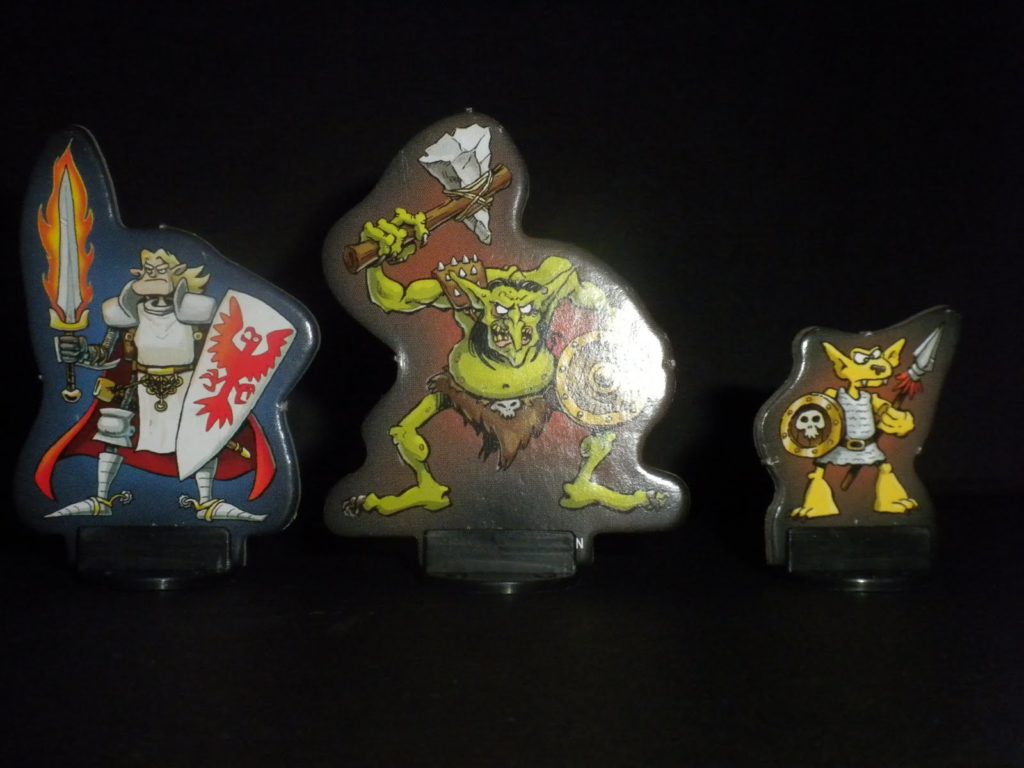 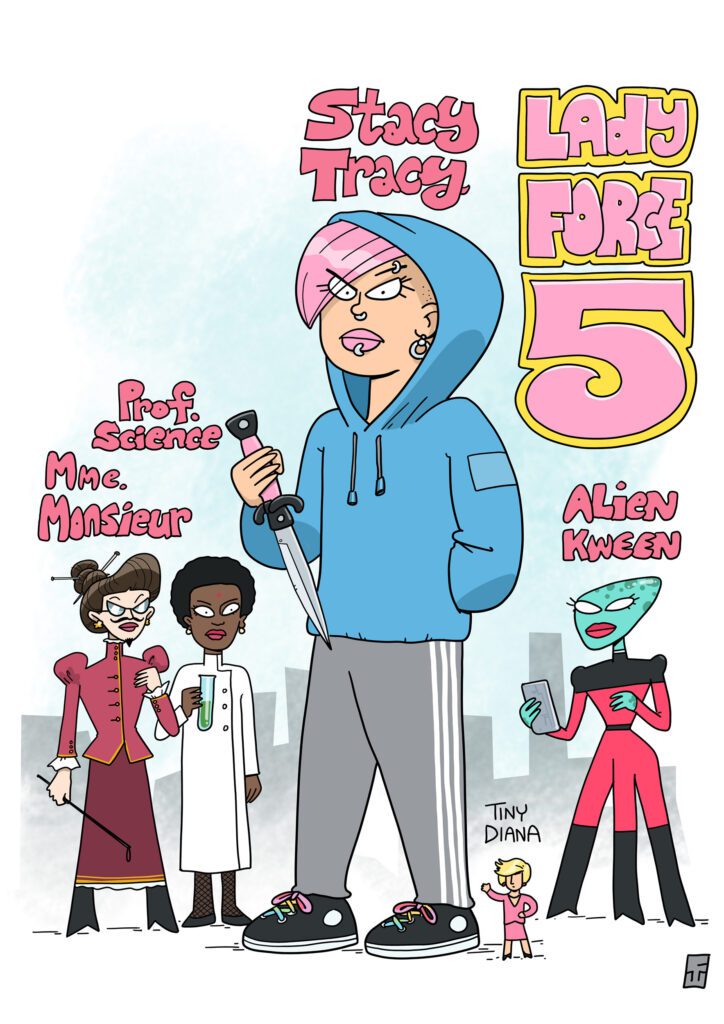